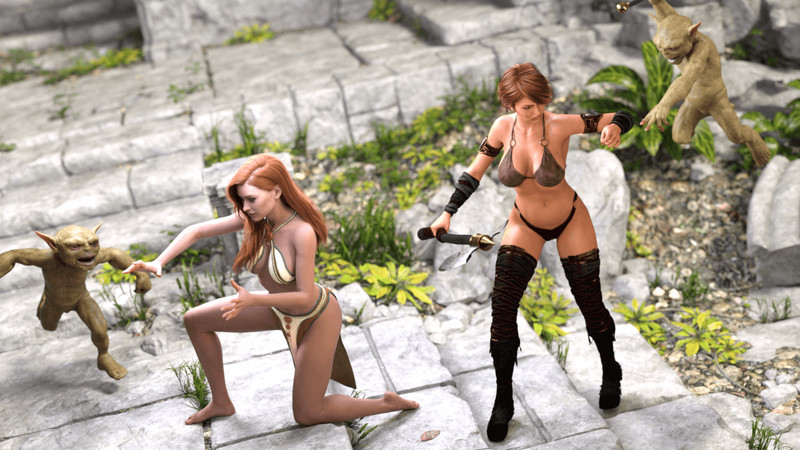 Tales of the Exiled is a goblin-themed fantasy adult RPG that takes inspiration from the story and settings of old school CRPGs such as Baldur’s Gate.
The game takes place in the fictional realm of the Last Continent, a remnant of the Great War that occurred over two centuries ago. Inhabited by all manners of demonic creatures, supernatural beings, and hot girls, the magical world is filled with diverse environments for the player to explore.

You play as Luga, a young goblin who has been exiled from his village in search of the illusive Alchemist’s Stone, a legendary magical artifact that is said to grant to wielder unlimited power. Throughout his adventure, he will meet new friends, defeat sinister villains, and discover the true history of his heritage…​

Gameplay tweaks:
Players will now start the game with 10 potions instead of 5. This will avoid the possibility of running out of potions before reaching the first town, and reduce the need to replenish potions early on in the game.
Random encounter rate decreased – enemy encounters are now more predictable and less tedious
Increased gold drop – enemies now drop more gold when defeated, reducing grind
Chance of fleeing battle changed to 100{c78b29c0ec229716100c1f6de94034b0119310ec61e958a8c7197db32bb9da72}
Second boss’s HP reduced
Various bug fixes

How To Install Game Tales of the Exiled