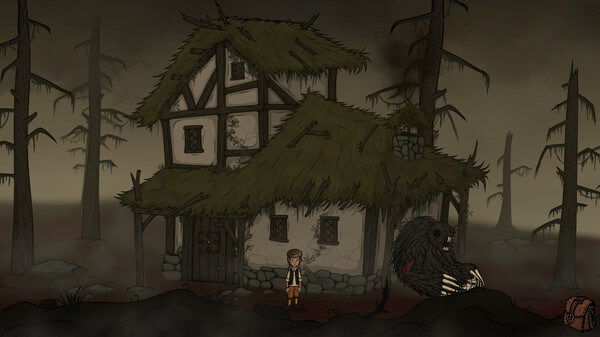 Once upon a time, young Lars left his father’s cabin to rescue his little sister, spirited away by an evil power…
It all started when the lean years came. An unknown force of evil began terrorizing a peaceful kingdom, kidnapping their children and the innocent inhabitants of the forest. What was once a peaceful kingdom where humans and fantastic creatures lived together in harmony became a land of gloom and fear.

No one was free from misfortune and tragedy in those times — neither was Lars and his family. One day, two spooky guests visited his father’s cabin. Lars’ father was beaten to the brink of death, and his little sister Ellie fell under the visitors’ mind control magic and left with them. Lars managed to escape, and thanks to the new magical friends he’s making on his way, he’s determined to bring his sister back to safety.

Creepy Tale 2 is a spooky cartoon puzzle adventure inspired by ancient European fairy tales, a new entry in the Creepy Tale series. Help Lars through a spinning carousel of dark events as he travels around his land to find Ellie, his little sister, and other girls kidnapped by an unnamed evil. Fight your fears, gather new allies, and solve numerous puzzles that will lead you to the truth.

– Solve clever puzzles to help Lars rescue his little sister
– Enjoy a narrative-focused, accessible gameplay suitable for newcomers and veterans alike
– Explore a magical kingdom inspired by the legends of Central European oral tradition, once compiled by the Grimm Brothers, where magic creatures try to coexist peacefully with mankind — and sometimes, even protect them from evil forces.
– Feel the gloomy essence of this creepy tale through its decadent cartoonish art style. 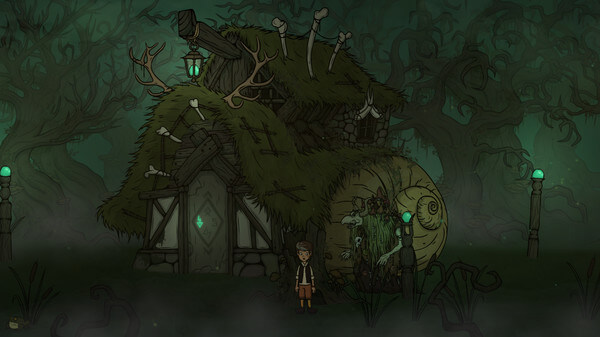